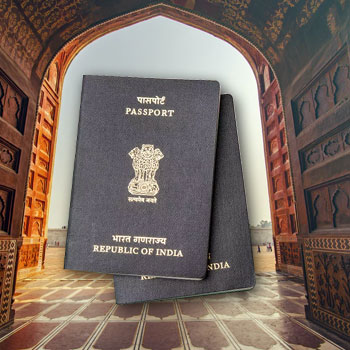 The Union Ministry of Home Affairs issued new rules for Overseas Citizens of India (OCI) cardholders on March 4, giving legal weight to the November 2019 guidelines it issued regarding the benefits enjoyed by OCI cardholders. This new notice, issued under the authority of Sub-Section (1) of Section 7B of the Citizenship Act of 1955, will replace three previous ones issued on April 11, 2005, January 5, 2007, and January 5, 2009 respectively.
Although the notification provides OCIs with some additional benefits in terms of skilled institution admission, it also forbids them from participating in certain activities without first obtaining permission from the Foreigners Regional Registration Officers (FRRO). This special permission is required for activities like â€˜missionary, Tablighi, mountaineering, or journalisticâ€™, as per the new notice. The prerequisite for such permission was not specified in previous notifications.
The new notification also ensures that OCI cardholders are treated equally to Indian people when it comes to:


Who are Overseas Citizens of India?

OCI cardholders are international passport holders of Indian ancestors but are not Indian residents. There are a few groups of Indian people who are entitled to hold an OCI card (with the exception of those who live in Pakistan or Bangladesh).They are the following:

OCI status may also be obtained by a foreigner who is married to an Indian citizen or an OCI cardholder and whose marriage has been registered and maintained for at least two years prior to the submission of the application. While an OCI cardholder is technically a citizen of another nation, he or she is given many of the same rights and freedoms as Indian citizens.
Benefits under India's OCI programme:

The Government of India's OCI programme, which has been in effect since 2005, offers benefits such as a lifetime visa and exemption from FRRO registration. It also gives them access to many of the same opportunities that NRIs and Indian people enjoy. When opposed to an OCI cardholder, NRIs have more advantages. NRIs, for example, have full voting rights in all elections. NRIs may run for public office and even buy farmland. NRIs are authorized to perform research work without obtaining prior permission.
Dual citizenship is not permitted in India, and OCI is the closest thing to it. OCI is a type of visa that allows you to live and work in India for the rest of your life. OCI cardholders do not need to register with the local FRRO, unlike tourists with other long-term visas such as work permits and student visas.
What do the new Rules change for OCIs?

An OCI cardholder will now require special permission to perform research as a result of the latest notice. Permission is necessary for any missionary or Tablighi activities, mountaineering or journalistic activities, internships in foreign diplomatic missions or foreign government organizations in India, or jobs in foreign diplomatic missions in India.

The new notification also makes OCI cardholders eligible to take all-India entrance exams including NEET for medical courses, JEE (Main and Advanced) for engineering, and other exams. This will only apply to any NRI or supernumerary seat that is more than the sanctioned intake approved by the appropriate authority and government on a case-by-case basis.
A holder of an OCI card is ineligible for admission to any seat reserved solely for Indian citizens. The government has always maintained that OCI cardholders are on an equal footing with NRIs and can only apply for NRI quota seats based on all-India exams. The Centre had taken the same stance in a similar case before the Karnataka High Court in March, 2019. However, on December 15, 2020, the Supreme Court of India ordered that students in the OCI category be deemed Indian citizens for admission to professional courses, rather than being limited to the NRI quota.

The Indian government's decision to limit certain privileges given to OCI cardholders is likely the result of a number of specific incidents. Prior to this, there had been many instances of OCI cardholders going to court to exercise their rights, especially in regards to admission to higher education institutions, science, and journalistic activities. The government has answered questions about these situations via this notice. The recent notification is also expected to close some loopholes in the OCI card system, which is important in light of particular cases involving fourth and fifth generation people of Indian descent, as well as spouses of OCI cardholders who were not PIOs but were entitled to OCI cards.
#tags: Overseas Citizenship, Person of Indian Origin, Home Ministry of India, Non Resident Indian

Decriminalization of Section 377: Reality or Facade?

The Supreme Courtâ€™s judgment to decriminalize Section 377 of Indian Penal Code (IPC) on 6th September 2019 was embarkation of a more egalitarian society. The verdict equipped members of LGBTQ community with the sense of inclusiveness and liber...

Legal Remedies for entrepreneurs in debt

â€œAfter 37 years, with strong commitment to hard work, having directly created 30,000 jobs in our companies and their subsidiaries, as well as another 20,000 jobs in technology company where I have been a large shareholder since its foundi...

Law against Medical Negligence in India

Law on firearms in India

In the middle 1800s with the increasing uprising of the British in India, regular episodes like poor pay, racial ruthlessness, increasing cultural indifference, poor terms of pensions, etc. were on the rise by the merciless British office...

With the onset of 2020, the Indian Government has sought to replace the 34 years old National Policy on Education which had been implemented in 1986 with the New Education Policy with the vision to broaden the scope and horizon of education withi...

Summary: A recent look at the suicide prevention laws in India and the avenues available for mental health in light of the National Suicide Prevention Day on 10th September.The rate at which suicide has been increasing in the country has been stagger...

Artificial intelligence - Technology gaining momentum due to the pandemic

Drugs and Narcotics in India and their Illegal Consumption

Substance addiction is not an area which is new to India with nearly 3 million medication and drug addicts and a total of nearly ten suicides per day due to the repercussions of the said addiction, India is amongst the worldâ€™s foremost drug pi...

Recently, the Reserve Bank of India (RBI) has brought about some monumental changes within the rules governing the debit cards and credit cards in India. This move has been made with the primary goal of creating a much more secure and highly convenie...