What to do if you are being harassed by an NRI spouse or in-laws?

In such NRI marriages, the exacerbated danger is that the woman is frequently 'isolated' away from home in an alien country, facing language restrictions, communication issues, lack of sufficient local criminal justice information, police and legal system information. This article looks at the remedies available to such people, especially women who, after moving to a foreign jurisdiction, are victims of violence. 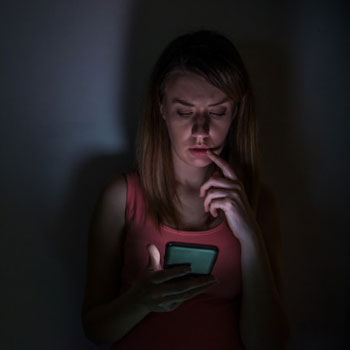 NRI marriages are either as an Indian citizen (when they were legally a 'NRI') or as a citizen of that other country (when they were legally a PIO-a person of Indian origin) between an Indian from India and an Indian residing in another country, as is widely known (thus NRI-a non-resident Indian). Even the usual cautions observed in traditional matchmaking are totally overlooked by families in their eagerness not to let go of such a lucrative marriage offer (usually for the women). They also forget that in the event of things going wrong in an NRI marriage, the woman's recourse to justice is greatly reduced and complicated. The aggravated danger in such a marriage is that the woman alone is far from home in an unfamiliar country, facing language limitations, communication difficulties, lack of adequate knowledge on local criminal justice, information on the police and legal system. The problem is exacerbated by the lack of support networks for friends and family and monetary restrictions that leave the abandoned wife utterly helpless and stranded.

Forms of disputes relating to an NRI marriage which typically occur.

There are very common parallel marriage petitions, one in the foreign country in which the couple resides, and another by the parties in India.

Who are NRIs and what is an NRI marriage?

An NRI is a person who holds an Indian passport and has temporarily immigrated to another nation for a certain period of time. 'NRI marriages' typically means a marriage between an Indian woman and an Indian man living in another country, as an Indian citizen (when he will legally be a 'NRI') or as a citizen of that country (NRI-non-resident Indian) (when he would legally be a PIO- person of Indian origin).

The Hindu Marriage Act, 1955, the Special Marriage Act, 1954, the International Marriage Act, 1969 and other personal laws regulating both partners are various laws governing NRI marriages. The rule according to which the parties have married is the law regulating marriage disputes. The same family of law also regulates other privileges linked to matrimonial alliances, such as inheritance and succession, adoption.Interestingly, even the laws of that country which extend to marriage, divorce and all other sorts of disputes, depending on the laws of the country where the couple resides.

What to do if the spouse or in-laws harass the NRI husband or wife?

In cases where an NRI husband or wife is abused by in-laws or spouse in a foreign country, Sections 3 and 4 of the Indian Penal Code are eligible for rescue. Section 3 allows the courts with criminal jurisdiction to prosecute a crime committed by a person outside the territory of India if that person is subject to Indian law. This section also refers to those who are protected by some specific legislation, such as the Hindu Marriage Act 1954 or the Special Marriage Act, taking them under Indian jurisdiction.

There are cases in which in-laws exert pressure on their daughter-in-law living abroad for dowry while sitting in India. In most cases, Section 108 of the Indian Penal code states, â€œA person abetting an offence who, in India, abets the commission of any act within and beyond India which would constitute an offence as if committed in India.â€

Here is a stepwise approach to what to do if the spouse or in-laws harass the NRI husband or wife.

Doâ€™s Check the personal details of the NRI groom, such as:

Is there a government scheme to support women deserted by their husbands?

Yes. The Indian Ministry of Foreign Affairs has come up with a plausible solution to this problem. A "Judicial and Financial Assistance to Indian Women Abandoned by their Overseas Indian Husbands" scheme is in effect. The scheme is a welfare measure to help women of Indian descent who have been fraudulently abandoned by their Indian husbands abroad through the Indian Mission abroad with their NGOs, lawyers, etc.

When can a passport be cancelled in such cases?

Rajiv Dayal v. Union of India & Ors. is a judgement that shows that if the Indian courts have not responded to the summons, the wife still has an available remedy under Section 10 of the Passport Act to revoke or impound the passport of the NRI husband.

NRI appearance before an Indian Court of Law

Section 105 of the Code of Criminal Procedure (Cr.P.C.) allows for mutual armaments to be rendered for the service of summons/warrants/judicial procedures by the central government with foreign governments.

Marriage among the Hindus was considered a sacramental union and it continued to be so throughout the entire Hindu period. The manu smriti says I hold your hand for saubhagya (good luck) that you may grow old with your husband, you are given...

ADOPTION in the Hindus is covered by The Hindu Adoptions Act and after the coming of this Act all adoptions can be made in accordance with this Act. It came into effect from 21st December, 1956. Prior to this Act only a male could be adopted, but th...

The Special Marriage Act was enacted to provide a special form of marriage by any person in India and all Indian nationals in foreign countries irrespective of the religion either party to the marriage may profess..For the benefit of Indian citiz...

Muslim Law in India means " that portion of Islamic Civil Law which is applied to Muslims as a personal law". It consists of injunctions of Quran and has been further supplemented and modified by state Legislation and modern judicial precedents o...

Under the Muslim Law a marriage is dissolved either by the death of the husband or wife, or by divorce. After the death of a wife, the husband may remarry immediately. But the widow cannot remarry before a certain specified period called Iddat ex...

The Muslim law of succession has been derived from the rules found in the Quran. There belonged to property of deceased, four successive duties to be performed by the Qazi:. His funeral ceremony and burial without superfluity of expense yet ...

When either the wife or the husband has no independent income for his or her support and for the necessary expenses of the proceedings, an application can be made either by the husband or wife to the court and the court may order the respondent t...

Succession in the Hindus is governed by the Hindu succession Act, 1956, which bases its rule of succession on the basic principle of propinquity, i.e., preference to heirs on the basis of proximity of relationship. Earlier females were excluded, ...

A Will, likewise called 'testament' is a lawful instrument that empowers an individual to discard his property to somebody whom he needs to give after his end. A Will happen exclusively after the end of the individual who made the Will. A Will is a l...