New Labour Codes and Its Impact

The new Labour Codes proposes to expand the social security spectrum by incorporating gig workers and inter-state migrant workers, while steps have also been proposed to provide employers with greater freedom to recruit and fire workers without approval from the government. Let us look at the impact these labour codes could have on industry in India. 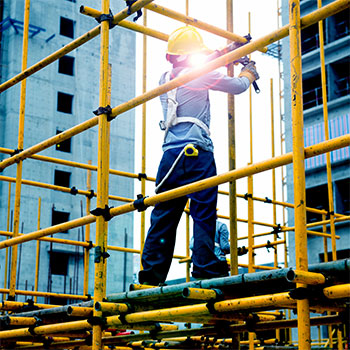 On September 29, 2020, India's existing labor laws, i.e. the Trade Unions Act, 1926, the Industrial Employment (Standing Orders) Act, 1946 ('SO Act'), and the Industrial Disputes Act, 1947, were replaced by the Government of India under a new legislation enacted as 'the Industrial Relations Code, 2020.

As industry in India is battling the ongoing COVID-19 pandemic, the Code aims to pursue benefits for both employers and their employees. The new labor codes streamline dispute resolution procedures, protect fixed-term workers, ensure that standing orders are followed by all large industrial institutions, build a re-skilling fund for retrenched workers, and raise fines to ensure that non-compliance is minimized. It ensures that an industry-friendly approach to fostering market harmony is followed by establishing a single bargaining body and allowing employers more autonomy to take operational decisions.

Overview of the changes introduced by the Code:

Comparison of previous provisions and changes proposed by NCL for lay-offs, retrenchment and closure

Some of the main acts relating to labor law, but not subsumed by the codes,

What are the changes to the hiring-firing laws according to the new Labour Codes in Industry?

The GOI has allowed companies with up to 300 employees to fire staff or shut down plants without the prior approval of the GOI under the Economic Relations Code. Prior approval has been needed so far. Companies with nearly 300 employees also have to apply for approval. However, if the authorities do not respond to their appeal, the plans for retrenchment will be considered to have been accepted. Earlier labor legislation mandated a period of notice of 30 to 90 days before retrenching "workmen," who could be a class of workers exclusively in the workplace. Lay-offs often require government approval in the case of processing units, farms, and mines with 100 or more workmen.

How does it affect workers' right to strike?

The Industrial Connection Code sets new conditions for workers to travel on strike on their own. Unions will now have to send notice of a strike for 60 days. While cases are pending before a labor tribunal or the National Industrial Tribunal, employees will not be able to continue a 60-day strike after they have been dismissed. Such standards apply to all or most sectors. Earlier, by giving between fortnight and 6 weeks of notice, employees could continue the strike. There are now outlawed light hits.

What do these new labour codes mean for India's industries and economy?

Economists in India have long argued that for industry to grow, India's obsolete labor laws need reform. Strict hiring-firing laws applicable to businesses with more than 100 employees made it nearly impossible for employees to get off. This adversely served as an opportunity to remain small for smaller businesses so that they could avoid the principles. Consistent with World Bank estimates, India could add approximately "2.8 million more good-quality formal sector jobs" on an annual basis with less restrictive legislation.

GRATUITYGratuity is that part of the salary of an Employee which he receives from his/her employer in gratitude for the services offered to the employerâ€™s company. It is one of the retirement benefits given by the employer to the e...

INTRODUCTIONPension can be rightly termed as a financial security during old age, when there is no direct source of income. It is a kind of retirement plan to maintain the same kind of financial stability as a person has while he/she ...

Anticipatory bail is a direction to release a person on bail, issued even before the person is arrested.   WHEN CAN A PERSON APPLY   When any person apprehends that there is a move to get him arrested on false or trump up charges, or du...

A person may be arrested for committing an alleged offence. The right to liberty as envisaged by the constitution is safeguarded by various procedures to be followed by the Police.   ARREST WITHOUT WARRANT Any police officer may without an or...

Bail commonly means release on one's own bond, with or without sureties. Every accused person is presumed to be innocent until proved guilty The effect of granting bail is not to set the accused free, but to release him from custody and to entrust hi...

A summon is a court order to an individual to appear in court at a specified time and place. A summon may be issued in both criminal and in civil cases.   HOW IS A SUMMON SERVED Every summon shall be served by a police officer, or by an off...

F.I.R. is the abbreviated form of First Information Report. It is the information recorded by the police officer on duty, given either by the aggrieved person or any other person about the commission of an alleged offence. On the basis of the F.I.R. ...

In criminal proceedings once a Police Officer receives information about the commission of an offence he is entitled to start investigation of the matter. Investigation includes all the proceedings of collection of evidence conducted by a police offi...

The trade Unions Act, 1926 provides for registration of trade unions with a view to render lawful organisation of labour to enable collective bargaining. It also confers on a registered trade union certain protection and privileges.The Act extend...