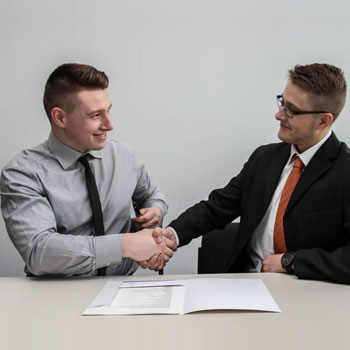 Section 3 of the Competition Act, 2002 - The Act provided for in Section 3(1) precludes any undertaking or organization from entering into any arrangement that causes or is likely to cause significant adverse effects on competition (AAEC) within India. The Act specifically provides for the nullity of an arrangement that is contrary to Section 3(1).

How to determine AAEC (Appreciable Adverse Effect on Competition)

Any deal, including cartels, is provided for in the Act, whichâ€”


Section 3 of the Act specifies that the above conditions shall not extend to joint ventures entered into with a view to enhancing the efficiency of the production, procurement, delivery, acquisition and control of products or services.

What are Horizontal Agreements?

HORIZONTAL AGREEMENTS- Horizontal agreements are agreements signed between undertakings at the same stage of manufacture. Section 3(3) of the Act specifies that such arrangements involve cartels engaged in trade in goods or in the provision of services on an equal or similar basis, whichâ€”


Horizontal agreements are put in a particular category under the Act and are subject to the negative assumption that they are anti-competitive. This is regarded as the law 'per se' as well. This means that if a horizontal arrangement occurs pursuant to Section 3(3) of the Act, it is assumed that such an agreement is anti-competitive and has a substantial adverse impact on competition.

What are Vertical Agreements?

VERTICAL AGREEMENTS- Vertical agreements are agreements signed between two or more undertakings operating at different production levels. Between manufacturers and distributors, for example. Other examples of vertical deals that are anti-competitive include:

Under Section 3 of the Act, the Act also prohibits any arrangement between undertakings that materialize in:Tie-in arrangement

What is a tie-in arrangement?

According to the Law, it requires any agreement requiring, as a condition of purchase, the purchaser of goods to purchase certain other goods. In the case of Sonam Sharma v. Apple & Ors., the CCI claimed that the following ingredients must be present in order to have a contractual arrangement:

The Act determines such agreements to include any arrangement that in any way prevents the buyer from purchasing or otherwise trading in any products other than those of the seller or any other person in the course of his trade.

This includes any arrangement to limit, restrict or withhold the production or supply of any products, or to delegate the disposal or selling of goods to any region or market.

Facts of the matter

In the case, the informant claimed that the Opposite Parties (OPs) had anti-competitive practices whereby the genuine spare parts of cars produced by some of the OPs were not readily made available on the open market and most of the OEMs (original suppliers of equipment) and the authorized dealers had provisions in their agreements requiring the authorized dealers to supply spare parts on the open market.

Furthermore, the Commission claimed that such a distribution system allowed OEMs to obtain exploitative pricing from their locked-in buyers, to increase the revenue margin from the selling of automotive component parts relative to the cars themselves, in addition to having a possible long-term anti-competitive structural impact on the Indian automotive industry.

What is resale price maintenance?

This involves any arrangement to sell the goods, given that the resale prices paid by the buyer are the prices stipulated by the seller, unless it is explicitly specified that prices below those prices can be charged.

In the case of Fx Enterprise Solutions India Pvt, the principle of resale price maintenance was explored by the Commission. Ltd. v. Hyundai Limited Motor India. In the case, the Informant claimed that, according to the Hyundai Agreement, dealers were forced to buy all automotive parts and accessories from Hyundai or through its suppliers only. "While collaborating on Hyundai's alleged anti-competitive practices, the Informant stated that Hyundai had imposed a "Discount Control System" whereby dealers were only permitted to provide a maximum permissible discount and dealers were also not permitted to give discounts beyond the recommended range, in contravention of Section 3(4)(e) of the Act, amounting to "resale price maintenance.

In the event, the CCI noted that Hyundai had contravened provisions of Section 3(4)(e) by exclusive agreements and arrangements, read with Section 3(1) of the Act by arrangements that resulted in the preservation of resale prices. While imposing the penalty of INR 87 Crore on Hyundai, the CCI noted that Hyundai's infringing anti-competitive behavior in the case included putting in place arrangements that resulted in resale price maintenance through a discount control system and also a penalty mechanism for non-compliance with the discount scheme by means of tracking the maximum permissible discount amount.

Section 3(5) of the Competition Act provides that nothing contained in Section 3 (prohibition of anti-competitive agreements) shall limit any person's right to prevent infringement or to enforce fair conditions, such as copyright, trade marks, trademarks, designs and geographical indications, that may be appropriate for the defense of his/her intellectual property rights.

Conclusion and Remedies to Anti-Competitive Agreements

India Patent Law Introduction  India Patent, under the Act 1970, is a grant from the Government to the inventor for a limited period of time, the exclusive right to make use, exercise and vend his invention. After the expiry of the dura...

Intellectual Property RightsPatents, designs, copyrights and trademark are industrial property as they are used in some form of industry or business. They are also aptly termed intellectual property since they are the products of ...

IntroductionA partnership is the relationship between persons who have agreed to share the profits of a business carried on by all or any of them acting or all. In India it is governed by the Indian Partnership Act, 1932, which extend...

The Trade and Merchandise Marks Act only allows for registration of trademarks used in connection with goods. Service marks or trade marks used in relation to services alone, such as names of travel agencies, finance companies, airlines...

A trust is basically an arrangement made with regard to future development and/or use of a property by its owner. This property can be immovable such as land, houses, building structures etc., or movable such as money, shares, debentures, orn...

India Patent, under the Act 1970, is a grant from the Government to the inventor for a limited period of time, the exclusive right to make use, exercise and vend his invention. After the expiry of the duration of patents, anybody can make...

During the British regime in India the big merchants and businessmen who had established their mark in the market in respect of certain goods under the particular brand name, style or design felt they should continue to be sold or traded unde...

The object of copyright law is to encourage authors, composers, artists and designers to create original works by rewarding them with the exclusive right for a limited period to exploit the work for monetary gain.It protects the writer or...

Connectivity via the Internet has greatly a bridged geographical distances and made communication even more rapid. While activities in this limitless new universe are increasing incessantly, the need for laws to be formulated to govern all sp...

A Bill based on the recommendations of the Task Force, was introduced in the Lok Sabha on 4 August, 98. The Bill was referred to the standing committee on Finance which submitted it's report to the House on 23 December'98 with suggestion and modi...